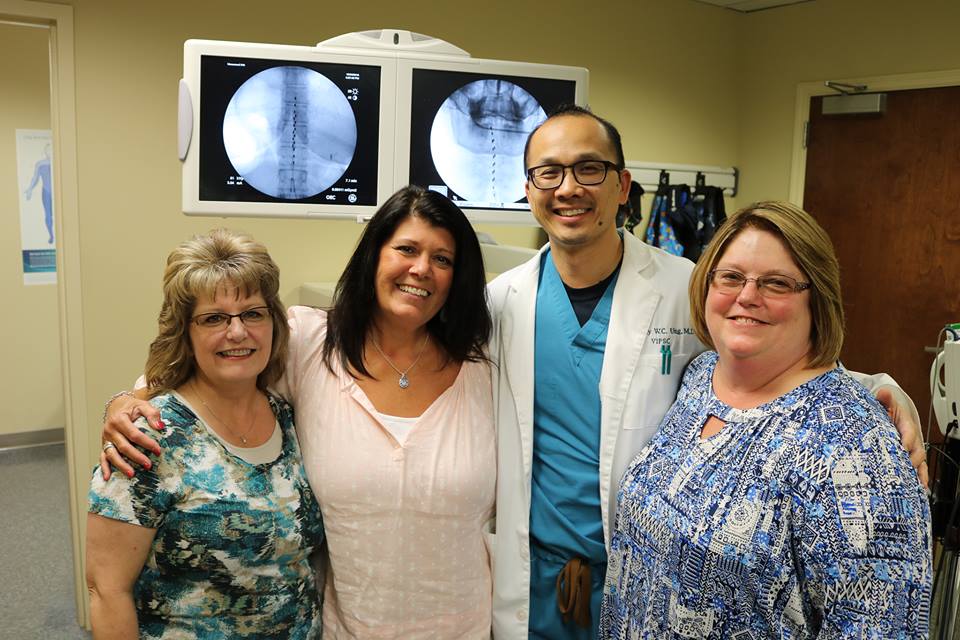 For sister-in-law Janet, Triphy and Denise finding pain relief with HF10 is a family affair.

With the help of Dr. Chheany Ung, Janet led the pack with an HF10 trial for lower back pain in August 2015, followed by an implant in September 2015. She’s also using HF10 for her arm pain. Currently, Janet reports 65% pain relief in her lower back and 60% relief in her shoulders. “I am elated to be almost pain free after suffering from chronic pain for 18 years,” Janet said. “I am finally enjoying life again.”

Triphy was next with an HF10 trial in April 2017 followed by her implant in July 2017. Her lower back pain and pain in both legs has been reduced by 80%.

Denise’s HF10 trial took place in May 2017, followed by her implant in July 2017. “HF10 gave me 90% pain relief in my lower back and legs,” Denise said. “I am back to working full time and rarely even think about the days when I was in so much pain.”

“We all have improved function, are sleeping better and have reduced our dependence on opioids,” said Triphy. “HF10 is one of the best choices this family has made.”

Back to all articles